Theatre in the Raw invited WSCCS to join in a panel discussion after this play as to whether such events could happen today.  Jan Nordin spoke on the importance of civil courage in acting against tyrannies before they gain a foothold.  In the face of fear, how do you perceive it?  Is it real or exaggerated, and how do you act?

Arthur Miller's “Incident at Vichy” portrays persecution and anti-Semitism during the early days of WWII.  During the Nazi occupation, a group of people are detained in a warehouse in the “Free Zone” of Vichy France under suspicion of being Jewish. Their unease, fear, and confusion is stirred up as they contemplate what options they may have left. What fate awaits them? 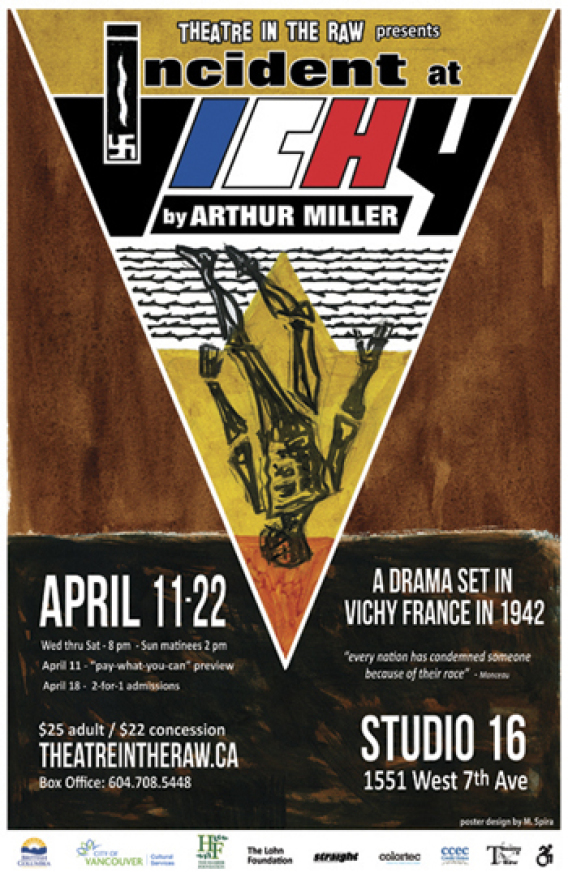