'She stood up at great personal risk,' says president of civil courage society 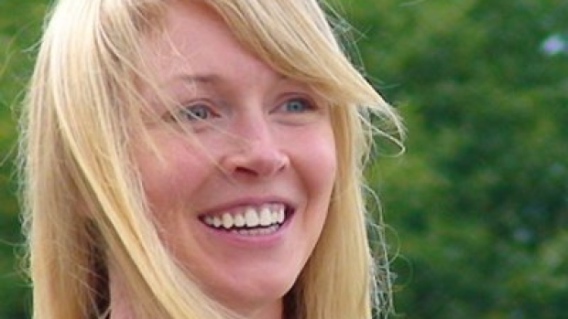 Alayne Fleischmann earned the nickname "the $9 billion witness" for her role in exposing her former employer's fraudulent practices.

She worked for JP Morgan Chase bank in New York in 2006 as a transaction quality control manager when she first witnessed the defrauding of investors through subprime mortgages.

Fleischmann voiced her concerns and was eventually laid off. Years later, the U.S. Justice Department reached out and she told officials what she saw.

On Sunday, she will be recognized by the Wallenberg-Sugihara Civil Courage Society. She will receive the organization's civil courage award.

"She stood up at great personal risk," said the society's president, Alan Le Fevre. "She didn't know how that would affect her career."

The award is named after Raoul Wallenberg and Chiune Sugihara. Wallenberg was a Swedish diplomat who saved thousands of Hungarian Jews during the Second World War. Sugihara was a Japanese consul in Lithuania who was also credited with helping to save Jews in the war.

Fleischmann wasn't available for an interview and won't be accepting her award in person. She told CBC News that's because she is still a potential witness in some ongoing litigation.

She will be recognized Sunday at 1 p.m. at the H.R. MacMillan Space Centre. There will also be a film screening of a documentary about Fleischmann.