Former B.C. premier was severely beaten in 1985 for speaking out against Sikh extremism 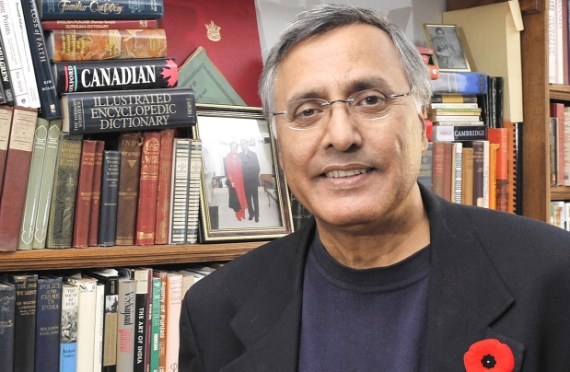 It can take tremendous courage to stand for peace in the face of violence.

In 1985, Ujjal Dosanjh was severely beaten with a metal bar after speaking out against Sikh extremism. Before doctors could finish sewing stitches into his head, Dosanjh told waiting reporters: “There is nothing that will stop me until I achieve my goal of seeing peace and harmony in our community.”

The former premier and federal minister is slated to receive on Jan. 18 a Wallenberg-Sugihara Civil Courage Award in recognition for having taken personal risk to oppose sectarian violence.

Dosanjh, whose constituency office was firebombed in 1999, said Wednesday’s attack at French newspaper Charlie Hebdo brought to mind violence he himself had experienced.

Dosanjh said his peaceful stance developed as a result of being born in India “in the afterglow” of its independence movement, led by Mahatma Gandhi.

“You can’t have a world ruled by guns no matter how distasteful … what is said or written by someone,” said Dosanjh. “If one believes in God, no God will punish free speech. What kind of a God would that be that would sanction the killing of a writer or a cartoonist or a thinker?”

Dosanjh is to be the first recipient of the Wallenberg-Sugihara Civil Courage Society’s award. It is to be given to an individual with B.C. ties who “helped improve the lives of others and society, while defying unjust laws, norms or conventions of the time and place.” The society was formed in honour of Swedish Diplomat Raoul Wallenberg and Japanese Diplomat Chiune Sugihara, who stood against the orders of their governments and saved Jews during the Second World War.

Deborah Ross-Grayman, the director of the society, said Dosanjh was being honoured for his courage to speak out against violence.

Dosanjh said that for him it has “never been a matter of courage. It’s more a matter of belief … and knowing that ultimately peace will win.”