Mary Kitagawa taught to have the courage to speak out 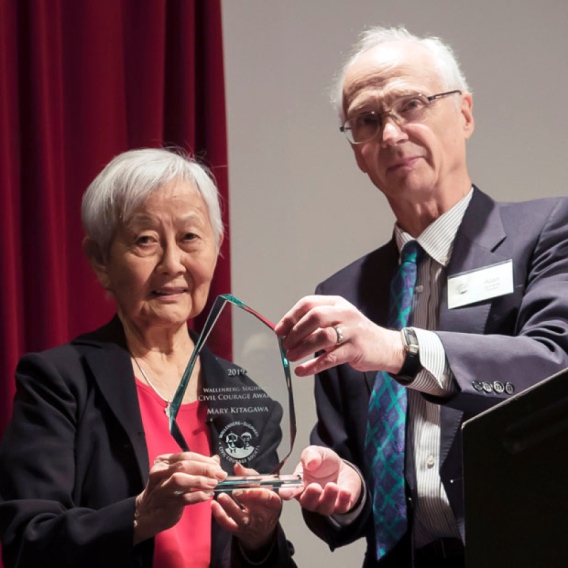 Mary Kitagawa has always fought for the underdog – a value that was instilled by her parents.

The award is given annually to an individual associated with B.C. who at significant personal risk helped to improve the lives of others while defying unjust laws or norms, past or present.

Kitagawa raised awareness of the injustices suffered by Japanese-Canadian students during the Second World War. Her fight against discrimination resulted in the University of B.C. granting honourary degrees to 76 students who were interned before they were able to finish their degrees.

“My parents were unusual people because people of that era, after they went through the incarceration, did not speak to their children about the pain they went through. I think they felt shame that they were victimized and others felt if they spoke out and made a fuss that they would be incarcerated again, so there was this great fear.

“But my parents were different. They were very vocal and included their children in all their conversations and through those conversations we learned how to always be advocates for people who were less fortunate and that we should never be bystanders silently watching injustices being done and we should have the courage to speak out.”

The annual Raoul Wallenberg Day on Jan. 20 pays tribute to courageous actions by diplomats Raoul Wallenberg of Sweden and Chiune Sugihara of Japan. During the Second World War they engaged in selfless acts of civil courage, at grave risk to themselves and their families, to rescue Jews during the Holocaust.

The Wallenberg-Sugihara Civil Courage Society was formed by members of the Swedish Community, including the Honourary Swedish Consul, the Jewish community and others.

This is the second major award presented to Kitagawa in the past few months.

Last August she was one of 14 exceptional civic leaders who received the Order of B.C.