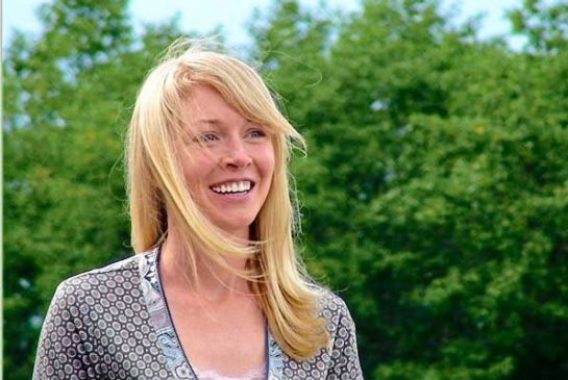 On the 10th anniversary of the global financial crisis, a Vancouver lawyer is being honoured with an award for her "civil courage" in blowing the whistle on one of the biggest banks behind America's 2008 crisis.

Nicknamed "the $9-billion witness" for exposing large-scale fraud by her former New York employer, JPMorgan Chase, Alayne Fleischmann will receive the prize from the Wallenberg-Sugihara Civil Courage Society on Sunday.

"We recognize individuals who, at great personal risk, have helped others by standing up," explained director Alan Le Fevre by phone. "Our (award) is about acts of civil courage — standing up where there's great injustice to either save lives or do right where there's clear wrong going on.

Originally from Terrace, B.C., the University of B.C. honours graduate — who later attended the prestigious Cornell Law School — secretly provided the U.S. justice department with damning information about her ex-employer defrauding its investors through subprime mortgages.

The practice was the subject of Hollywood's The Big Short and the documentary Inside Job.

After 2008, she returned to Canada for work in Vancouver, Calgary and Victoria, and lives in Vancouver.

She will be awarded in absentia Sunday with a speech by ex-Premier Ujjal Dosanjh — a previous award-winner for condemning extremism in his Sikh community despite death threats and being severely beaten in1985.

Fleischmann was unavailable for an interview because she is still a potential witness in ongoing litigation. But previously she explained her motivations to expose wrong-doing.

"The facts just weren’t coming out,” she told the Toronto Star in 2014. “I just started feeling sick … I just couldn’t sit back and watch this go forward without considering myself a part of it."

The award is named for two heroes — Raoul Wallenberg and Chiune Sugihara — who saved thousands of Jews from the Nazis during the Holocaust.

It was founded by Vancouver's former Swedish consul and Le Fevre's organization, the Second Generation Group, of fellow children of Holocaust survivors, he said.

The Wallenberg-Sugihara Civil Courage Award ceremony and film screening on Fleischmann will be Sunday 1 p.m. at the MacMillan Space Centre (1100 Chestnut St.), by donation.

With files from the Toronto Star.  Related:

Are superhero movies a response to the 2008 financial crisis?