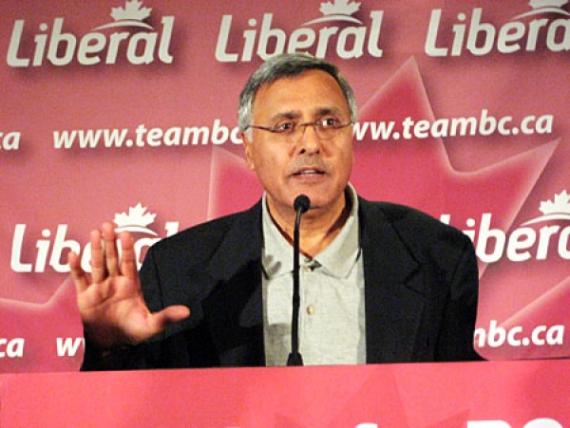 Former B.C. premier Ujjal Dosanjh is reminding Canadians that “we’re not virgins in terms of terrorism.”

Citing examples from the 1970 October Crisis in Quebec to the 1985 bombing of Air India Flight 182 to the so-called Toronto 18 bombing plot in 2006 to the attack on Parliament Hill in October of last year, Dosanjh noted that the country is not exempt from this “sickness in society”.

The former federal minister went on to clarify that he’s not suggesting the country hasn’t been responsive to the issue of terrorism.

“I’m saying that Canada is not immune to these problems, and therefore we need to actually wake up and have a constant dialogue on…expanding freedoms rather than limiting freedoms,” he said during an interview about his thoughts on an award he’ll receive on Sunday (January 18) in the Wosk Auditorium at the Jewish Community Centre of Greater Vancouver.

Dosanjh is the recipient of an inaugural award given by the Wallenberg-Sugihara Civil Courage Society, which recognizes an individual connected with B.C. who has taken personal risks to make life better for others.

Dosanjh was beaten with a metal bar in 1985 after criticizing Sikh extremism, and his constituency office was firebombed in 1999.

According to him, the award is also about what he believes in.

“For me, it was about my belief. It was about my belief that I had a fundamental right to freely express myself if I felt something was wrong,” Dosanjh said. “I should be able to name it, say it, and say it in very firm and clear language. And, you know, I don’t know whether that was courage or simply my own faith in one’s obligation and ability to freely express oneself.”