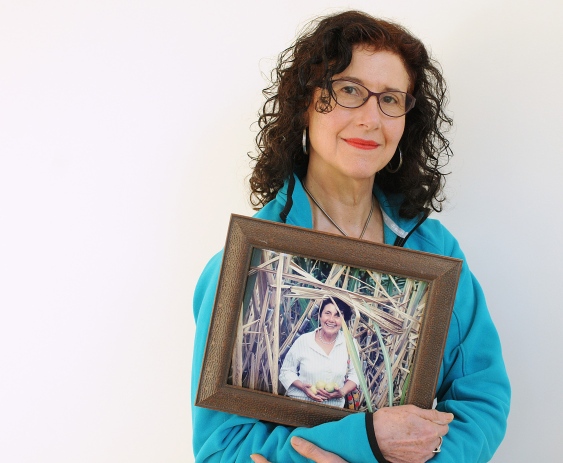 Vancouverite Deborah Ross-Grayman was born after the Second World War ended. But she credits her life to the wartime actions of a single remarkable man.

Chiune Sugihara was vice-consul in Lithuania for the Imperial Japanese government. Defying his government, Sugihara issued transit visas to European Jews, allowing them to escape the advancing Nazis. His actions, which could have cost him his career, to say nothing of his life, are credited with saving 6,000 Jews.

Ross-Grayman’s mother, Niuta Ramm (later Ross), was one of them. Living in Warsaw when the war began, Ramm and her husband, Yonia Fain, heard what Sugihara was doing and made their way to Kovno, Lithuania, hoping to escape Europe.

By the time they arrived in Kovno, Sugihara had left. Yet members of the Jewish socialist movement, the Bund, were duplicating visas Sugihara had issued and the couple received two.

They travelled on the Trans-Siberian Railway to Vladivostok and from there took a ship to Japan. They remained as refugees in Kobe for six months before the Japanese government transferred European refugees to Japanese-occupied Shanghai, on the Chinese mainland. There, the couple waited out the war, unaware of the magnitude of developments in Europe.

When the war ended, the couple discovered the fate of both their families in Europe.

“No one survived,” Ross-Grayman says.

Abandoning thoughts of returning to the blood-soaked continent of their origin, the couple made their way to Mexico, aided by the artist Diego Rivera. (Fain was a noted painter and Yiddish poet who died in 2013 at the age of 100.) The couple eventually split up and Niuta Ramm met the American John Ross, who would become Ross-Grayman’s father.

Last year, Ross-Grayman travelled to Japan to meet Madoka Sugihara, the granddaughter of the man to whom, she says, she owes her life because he saved her mother.

“It’s very personal for me,” she says. “I owe my life to Chiune Sugihara and his act of civil courage. For a Japanese diplomat to follow his own moral compass was an amazing thing to do.”

Ross-Grayman and others were inspired by acts like Sugihara’s to found an organization to recognize civil courage. Two years ago, they formed the Wallenberg-Sugihara Civil Courage Society (WSCCS).

In addition to recognizing Sugihara, the society is inspired by Raoul Wallenberg.

Wallenberg’s name is probably better known to North Americans than is Sugihara’s. Wallenberg was a Swedish architect and businessman who served as his country’s special envoy in Budapest for a few months in 1944. During that relatively brief period, he managed to shelter Jews and secure passage for tens of thousands fleeing Hungary’s fascist puppet regime and the German Nazis. He issued passes identifying holders as Swedish subjects awaiting relocation, even standing on the roof of a train car headed for the death camps of Poland and placing passes into the grasping hands of desperate Jews as Hungarian fascists shot at him.

When the Soviets entered Hungary exactly 70 years ago tomorrow (on Jan. 17, 1945), Wallenberg was picked up on suspicion of espionage. He was never conclusively seen alive again.

An annual Wallenberg Day commemoration began in Vancouver 10 years ago, largely creditable to Anders Neumuller, a former honorary Swedish consul to Vancouver. While the WSCCS was founded two years ago, this is the first year of their civil courage award, which they will bestow this weekend on Ujjal Dosanjh, the former B.C. premier, federal minister of justice and Member of Parliament.

Before entering elective politics, Dosanjh was a vocal critic of violence and intimidation used by extremists in the Sikh community to advocate independence for Khalistan.

In February 1985, Dosanjh was attacked with an iron bar as he left his law office. He suffered a broken hand and required 80 stitches to his head. Speaking out against violence and extremism is a form of civil courage that perpetuates the legacy of Sugihara and Wallenberg, and reflects the mission of the award that bears the two men’s names, Ross-Grayman says.

At the event where Dosanjh is honored, Sunday at 1:30 p.m. at the Jewish Community Centre, the film The Rescuers will be screened, telling the stories of 13 diplomats whose actions during the Second World War saved tens of thousands of Jews.

Sugihara and Wallenberg came from opposite sides of the planet and lived dramatically different lives, but both responded to injustice with humanity and civil courage.

The lessons of the two men are models for today, says Ross-Grayman.

“Even in the darkest times in history and in the world, there are rays of light,” she says.

An optimistic message well worth remembering in days like these.