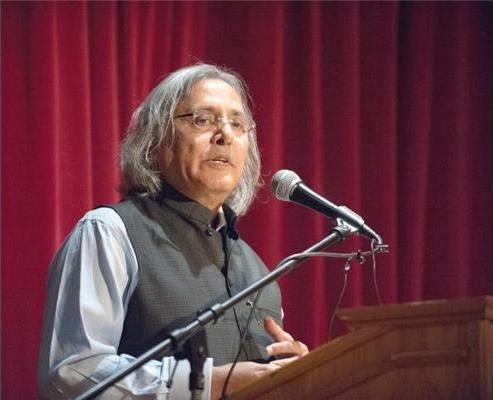 Former B.C. premier Ujjal Dosanjh has been honoured for his courage in speaking up for democracy and against violence.

Dosanjh received the inaugural Wallenberg-Sugihara Civil Courage Award at a ceremony in downtown Vancouver Sunday afternoon. The award is to be given to an individual with B.C. ties who “helped improve the lives of others and society, while defying unjust laws, norms or conventions of the time and place.”

The award selection committee noted that Dosanjh spoke out against Sikh extremism in the 1980s, which earned him a severe beating with a metal bar, and he “continues to be a consistent voice for social justice and a critic of sectarian violence.”

The award was created in honour of Swedish Diplomat Raoul Wallenberg and Japanese Diplomat Chiune Sugihara, who stood against the orders of their governments and saved Jews during the Second World War.

Sunday’s event was attended by several dignitaries, including the B.C. lieutenant-governor, the consul-general of Switzerland and representatives of Vancouver city council.