Alayne Fleischmann honoured for speaking out against bank scandal 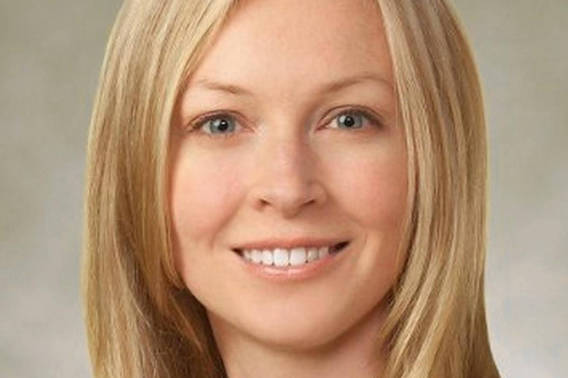 A lawyer who grew up in Terrace recently earned a civil courage award for blowing the whistle on a massive bank fraud that was part of the U.S.2008 financial crisis.

Alayne Fleischmann was nicknamed “the S9-billion witness” for testifying against the JPMorgan Chase financial institution.

She was presented the Wallenberg-Sugihara Civil Courage Award on Jan. 14, an award given to B.C. connected citizens who have faced significant personal risk to advance human rights.

Fleischmann grew up in Terrace and attended Cornell Law School before working for two years at JPMorgan in 2006-2008.

According to news reports, while working there as a transaction manager, she discovered the company was re-selling sub-prime mortgages without notifying investors about the risk.

Fleischmann spoke out against the practice, but was silenced and later fired.

Though she’d signed a non-disclosure agreement, she secretly testified to federal prosecutors about the fraud, but after years of seeing no criminal charges and out-of-court settlements, she’d had enough.

That’s when she spoke out publicly against the bank, exposing the fraud that had happened eight years earlier.

“It was like watching an old lady get mugged on the street,” she told Rolling Stone magazine in her first public interview. “I thought, “I can’t sit by any longer.’”

Although she faced significant personal risk for violating her non-disclosure agreement, Fleischmann still decided to speak up.

“I could be sued into bankruptcy,” she told the New York Daily Times shortly after. “I could lose my license to practice law. I could lose everything. But if we don’t start speaking up, then this really is all we’re going to get: the biggest financial cover-up in history.”

Now, as a potential witness in ongoing litigation, Fleischmann was unable to speak on the record with the Standard, but she has moved back to Terrace and has lived here for the past year.

In an article by the Corporate Crime Reporter, Fleischmann said her upbringing here played a huge role giving her the devotion to what is right.

“I think it was because I came from a small town – Terrace, B.C.” the article reads. “I was raised with this idea that ultimately you have to do the right thing. It was just simple things like, you can’t take money from people. We are talking about pension plans and retirement funds, things people are relying on at a time when they don’t have another income. I just grew up with a value that a lot of people have, and that is, it’s okay to do well, but you can’t do that at other people’s expense.”

It was those beliefs, combined with the personal risk she faced that earned her the Wallenberg-Sugihara [Civil] Courage Award earlier this year.

“Sometimes whistle blowers do what they do for less than altruistic motives,” said director Alan Le Fevre, “and they may not follow through. Some who attempt it are simply paid off to keep quiet.”

However, for Alayne it was different, because it was eight years after leaving the company that she chose to speak up, and there was no personal gain.

“Many years after Alayne attempted to stop the fraud, it is clear she is committed to the bank’s clients,” he said.

And the risk of being a whistle blower could include employer retaliation, industry blacklisting, professional violations, and legal consequences.

“There is always significant personal and professional risk in being a whistle blower against a large and powerful company or organization,” said Le Fevre.

And Fleischmann’s courage to face that risk was the other part that earned her the honour.