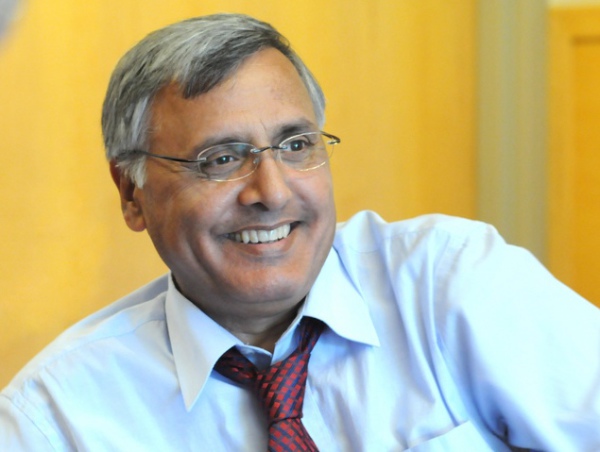 In honor of the 10th annual Vancouver Raoul Wallenberg Day, the Wallenberg- Sugihara Civil Courage Society will present its inaugural Civil Courage Award to the Hon. Ujjal Dosanjh on Jan. 18.

WSCCS was formed by members of the Swedish and Jewish communities in 2013, with the goal of continuing the legacy of the Wallenberg Day in Vancouver and commemorating Raoul Wallenberg, Chiune Sugihara and others like them through the establishment of an award for civil courage. The award is given to an individual associated with British Columbia who has helped improve the lives of others and society while defying unjust laws, norms, conventions or unethical behaviors of the time and place. The choice of Dosanjh as a recipient was unanimous in the panel of three, which includes Thomas Berger, a Canadian politician of Swedish descent and retired Supreme Court justice, Georgia Straight publisher Dan McLeod, and Thomas Gradin, honorary Swedish consul, former hockey player and a scout for the Canucks. Dosanjh was selected as the award recipient “for his actions as a critic of sectarian violence and his advocacy for social justice, often at great risk to his personal safety. As a critic of extremism and champion of liberal democracy he has been a great benefit to Canada and an inspiration to us all.”

Dosanjh is well known as Canada’s first Indo-Canadian provincial premier and for his roles as attorney general, federal health minister and a member of Parliament until 2011. Back in 1985, after the Indian army attacked the Golden Temple in the Punjab to flush out Sikh extremists, Dosanjh warned the Canadian government that sectarian violence could spill over into Canada. His warning fell on deaf ears. Four months later, on June 23, 1985, Air India Flight 182 was bombed, killing 329 people, 280 of whom were Canadian. In the wake of this tragedy, Dosanjh consistently and publicly denounced violence as a means of establishing an independent Sikh homeland in India.

As a result these calls, Dosanjh has been subjected to death threats since the 1980s, he was attacked and severely beaten with a metal bar outside his law office and he had a Molotov cocktail thrown into his constituency office in 1999. He recalls a Facebook page set up in 2010 to discuss openly how to execute his murder. Despite these harrowing encounters, Dosanjh said he has always felt “safe enough” living in Canada. “Canadians are a peace-loving people who respect each other’s right to speak, no matter how distasteful one’s remarks might be,” he said. The threats subsided after 2010 but by then he had learned to live with them. “You can’t let these threats beat you into fear,” he added.

In an interview with the Independent, Dosanjh said he was “totally humbled” when he learned he would be receiving the award a few weeks ago. Though he’d not heard of the WSCCS, he was familiar with the story of Raoul Wallenberg. “To be honored in his name is something I could never have imagined in my wildest dreams,” he confessed. “I’m extremely honored to be associated with Wallenberg’s name, though what he did was under much more difficult circumstances and, therefore, all the more important. Still, to be acknowledged in your own lifetime for things you stood for, that some may find disagreeable, is great because it’s good to have friends.”

Dosanjh is presently writing a memoir and said though he misses the “gut and thrust” of politics, he has no longing for the weekly commutes to Ottawa and, prior to that, to Victoria.

WSCCS will present the award at the Wosk Auditorium on Sunday, Jan. 18, 1:30 p.m. B.C. lieutenant governor, the Hon. Judith Guichon, will attend the ceremony, which will include a screening of the film The Rescuers by Michael King, which tells the story of 13 heroic diplomats who saved tens of thousands of lives during the Second World War. Admission is by donation.