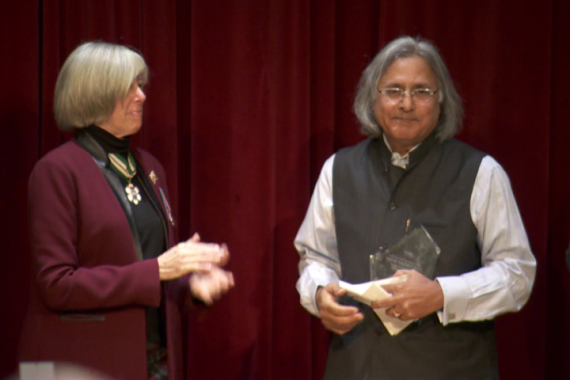 Ujjal Dosanjh receiving an award from the Wallenberg-Sugihara Civil Courage Society on January 18, 2014

Ujjal Dosanjh, who was B.C.’s premier from 2000 to 2001, received an award today for his history speaking out against violence.

Dosanjh was given the Wallenberg-Sugihara Civil Courage Award, named for two diplomats who helped save Jewish people during World War Two.

“A lot of people have stood with me in difficult times…I stand accused of doing things that others have conspired with me to do, and I want to recognize them and their friends and supporters,” said Dosanjh in receiving the award.

The former premier became known in the 1980s for speaking out against Sikh extremism, receiving much physical and verbal abuse in the process.

“If you don’t exercise your rights, you lose them. When I spoke up, it may have done good for the people; it was essentially to secure, for myself, my children and their children the right to freedom without fear speak up, and continue to fight to make Canada and make this world a better place than we found it,” he said.

“I accept this honour in the struggle to make our lives, our world a better place.”

WATCH: Dosanjh spoke with Global News last year to discuss the new biography written about him by his longtime friend. 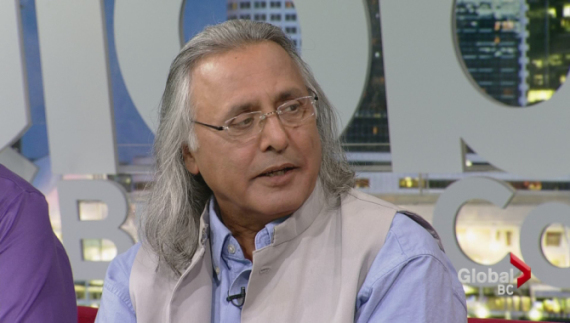