Dosanjh to be honoured Sunday with Wallenberg-Sugihara Civil Courage Award 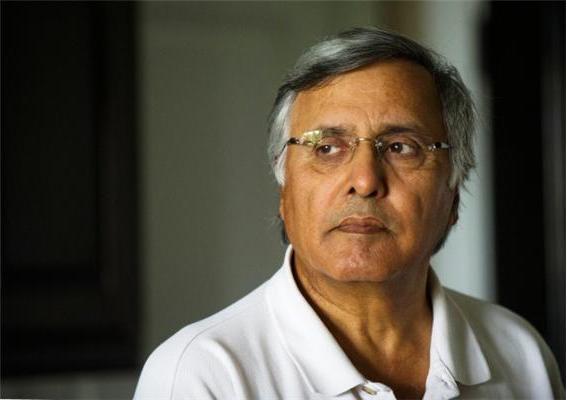 Former B.C. Premier Ujjal Dosanjh is being honoured for his social justice advocacy “often at great risk to his personal safety” at a special ceremony in Vancouver on Sunday.

The Wallenberg-Sugihara Civil Courage Society (WSCCS) – a group formed by Vancouver’s Swedish and Jewish communities in 2013 – announced on Thursday that Dosanjh will be the first-ever recipient of its Civil Courage Award.

According to a statement released by WSCCS, Dosanjh, a secular Sikh, was chosen for his tireless work in publicly denouncing the use of violence and terrorism as a means of establishing an independent Sikh state in India during the 1980s.

After the 1985 Air India bombing, Dosanjh continued to speak out against the violence, and as a result was severely beaten outside his law office and again targeted in 1999 when a Molotov cocktail was thrown at his constituency office, the WSCCS said.

“He spoke out against terrorism within the Sikh Community,” the WSCCS statement reads. “For his stand, Mr. Dosanjh was attacked with an iron bar and almost killed. He recovered and went on to become attorney general, the first Indo-Canadian Provincial Premier and subsequently, the federal Minister of Health.”

“As a critic of extremism and champion of liberal democracy, he has been a great benefit to Canada and an inspiration to us all.”

According to Dosanjh, who said he’s “asbolutely honoured” to be receiving the award, he spoke out at the time because he was simply motivated by his own conscience.

“What is leadership, but that you speak at the most difficult times,” Dosanjh told Vancouver Desi. “And so you do so without any thoughts for yourself because ultimately, if you don’t exercise your rights – you lose them.”

Dosanjh also hopes the award will give “encouragement to others to speak out.”

“It also falls right in the middle of all of the similar issues we’re facing all over the world from ISIS, to Charlie Hebdo to the kosher supermarket attack,” he added.

Dosanjh will receive the inaugural award at the 10th annual Vancouver Raoul Wallenberg Day on Sunday. According to WSCCS, the new award will continue to be given to British Columbians who, at their own personal risk, helped improve the lives of others “while defying unjust laws, norms or conventions.”

The society and its annual Wallenberg Day pays tribute to the heroic actions of Raoul Wallenberg and Chiune Sugihara, who helped the Jewish community during the Second World War.

“To have one’s name associated with someone who stood up to the Nazis is a tremendous honour,” said Dosanjh.

This year’s event will include the screening of Michael King’s Emmy-award-winning film The Rescuers, as well as the inaugural awards ceremony at 1:30 p.m. at the Wosk Auditorium in Vancouver.