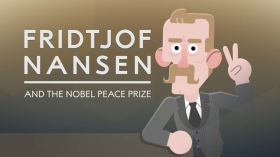 What does it take to make a difference?  Fridtjof Nansen believed that compassion was the best course of action.  Following the horrors of the First World War, he was instrumental in helping prisoners of war, victims of famine and refugees.  He set aside politics and ideology and saved countless lives, leading him to receive the Nobel Peace Prize in 1922.  Join us as we share his impressive story and celebrate his accomplishments. 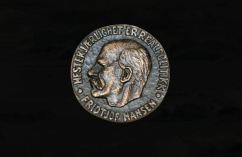 Fridtjof Nansen: A man of action and vision

Born in Norway in 1861, Fridtjof Nansen was a scientist, polar explorer, diplomat, statesman and humanist, with a deep compassion for his fellow human beings.

In 1920, shortly after the end of World War I, Nansen was appointed chairman of the Norwegian delegation to the Geneva-based League of Nations, a position he held until his death in 1930.  He was soon put in charge of the League’s first large-scale humanitarian task – the repatriation of 450,000 prisoners of war.  He succeeded by enlisting the support of governments and voluntary agencies.

Recognized as a charismatic leader, Nansen was in 1921 appointed the first High Commissioner for Refugees by the League.  He immediately undertook the formidable task of helping repatriate hundreds of thousands of refugees as well as helping them to acquire legal status and attain economic independence. 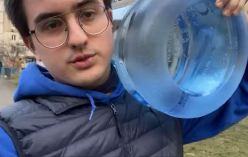 Active today in more than 70 countries, JDC and its partners work to alleviate hunger and hardship, rescue Jews in danger, create lasting connections to Jewish life, and help Israel overcome the social challenges of its most vulnerable citizens, both Jewish and non-Jewish.  JDC’s reach extends beyond the global Jewish community by providing non-sectarian disaster relief and long-term development assistance worldwide.

A special compilation of video stories, examples of the current work of the JDC in Ukraine and neighbouring countries.  Thanks to Shaun Goldstone, Solly Kaplinski, and Alex Weisler.